Miles Morales: Spider man 2.0, Everything you need to know…!! 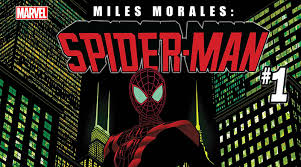 Miles Gonzalo Morales is a comic book published by Marvel Comics, and one of its characters is Spiderman, which was created in 2011.

This appeared after the death of Real Spiderman Peter Parker, and later, a teenager named Miles took his place and became the second Spiderman.

There were variations of reaction from people, some disliked the change of Peter Parker and some judged on the quality of the movie, but the character possesses the same power.

Miles met Peter when he was alive, and in the fight, they fought ina team, and there Peter found him as a great successor, and he retired from his duties.

His father reappeared and apologized for abandoning him. He told everything to her girlfriend, she and her family worked for a terrorist group who kidnapped them, but later, they all were rescued.