Time for some 2016 flashback. Kanye West released as single ‘Famous’ accompanied by the music video for the same. The video contained a bunch of celebs. They included Donald Trump, Ray J, Amber Rose, and Taylor Swift. They all were shown by nude wax figures, lying in bed with West. Moreover, in the song were these controversial lyrics:

“For all my Southside n*ggas that know me best
I feel like me and Taylor might still have sex
Why? I made that b*tch famous” 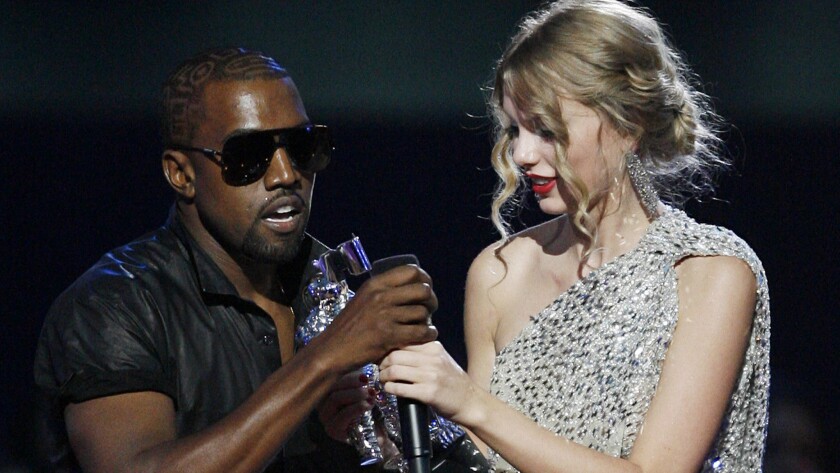 The lyric talked about the now-infamous moment in MTV’s Video Music Awards history. In 2009, Kanye stomped the stage when 19-year-old Swift was received her first VMA for Best Female Artist.  The incident, therefore, lead to an uproar in the music community. Furthermore, people from all walks of life started talking about it.

That said, before the VMA incident, Swift had already sold more than 7 million albums. The bottom line is-West did not make Taylor Swift famous. He had nothing to do with her popularity. Taylor indirectly stated this fact in her 2016 Grammy speech. (Taylor’s album, 1989, won album of the year in 2016). She said that women should be on the lookout for those people who take credit for their success and accomplishments.

Furthermore, Kardashian also tweeted that it was National Snake Day. She was indirectly referencing the outing of Taylor as a snake in the grass. Kimye fans and many other critics of Taylor Swift started flooding her social media with snake emojis. Therefore, they attacked Taylor without much thought or reason.

Swift again tried to defend herself. She responded by saying that West never told her he’d be calling her a b*tch. He would never take credits for “making her famous”. However, he promised to play the song for her but he never did.